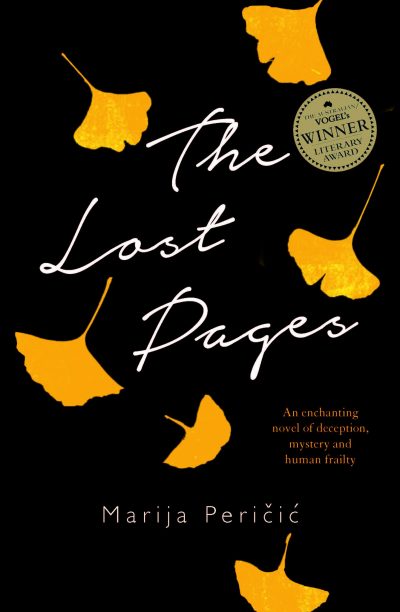 The team at the Tasmanian Writers Centre would like to offer their congratulations to this year’s winner of The Australian/Vogel’s Literary Award Marija Perečić for her stunning debut novel The Lost Pages. A richly reimagined story of the extraordinary literary rivalry between Max Brod and Franz Kafka, The Lost Pages is an inspired novel of friendship, fraud, madness and betrayal. Beautifully written, The Lost Pages is clever, intriguing and fascinating. It’s now available to buy where all good books are sold.

The Australian/Vogel’s Literary Award is one of Australia’s oldest awards, designed for its youngest authors. It brings us exciting, new, young writers, and celebrates not just the winner, but the shortlisted writers, whose talent and voices are also heard and recognised.

Read on to see some of the reactions to this year’s winner. You can also check out this video about The Lost Pages on Allen and Unwin’s Facebook page.

We are delighted that thanks to the generosity of Allen and Unwin, we are able to offer two copies of The Lost Pages to giveaway. To be in with a chance of winning, send an email to ruth@taswriters.org with The Lost Pages as the subject heading by noon on Wednesday May 10th.

‘We were hugely impressed this year by the quality of the works submitted, and that is apparent by us nominating five books to make the shortlist. It was such a diverse and talented array of voices that we read, and an incredibly eclectic mix of subject matter too. It made for wonderful discussion and reflection as judges.

It was however the story of Kafka that shone its light upon on us all as judges, and emerged as the winner. It’s an extraordinarily clever and intriguing story, and it really was so beautifully written, such a witty and incredibly wise work. We were all bowled over by this book.’ – JENNY BARRY, Bookseller of BooksPlus Bathurst

‘The Vogel Award does such important work in bringing new writers voices into the open. It’s just a beacon for emerging writers like me.’ – MARIJA PEREĈIĆ, winner of The Australian/Vogel’s Literary Award

‘The other thing about the Vogel is that it’s not a winner-only prize, by no means. It has produced a lot of writers who came from the shortlist, it makes sure that not just the winner gets celebrated. I will be very surprised if amongst the shortlisted writers, only one of them becomes a book.’ – STEPHEN ROMEI, Literary editor of The Australian