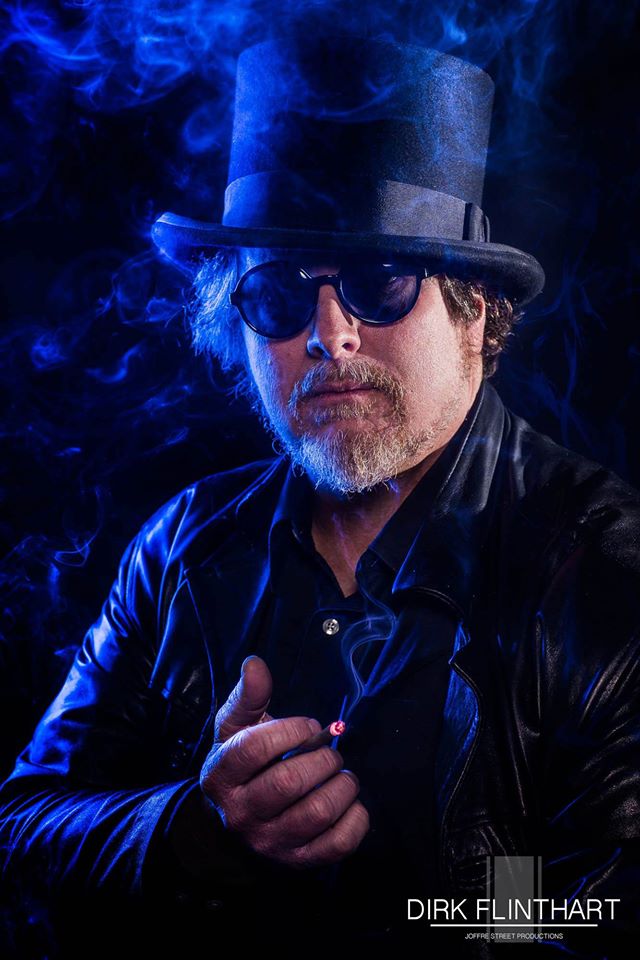 Dirk Flinthart lives in the north-east of Tasmania with his family, which includes a deranged dog, a neurotic cat, and three children. He has been writing since he was about four years old, but his publishing track record goes back only to somewhere in the late eighties, when he began producing articles for the Student Union paper at University of Queensland. Probably best known for the bestselling How To Be A Man, which he co-wrote with John Birmingham, Flinthart works mostly in speculative fiction: fantasy, science fiction, and horror. He has both a Ditmar and and Aurealis award on his shelves, and a string of short stories in various “Year’s Best” collections over the last decade or so. His novel Path of Night came out on the Fablecroft imprint a while back, and is overdue for a sequel, but it has been slowed by Flinthart’s MA through Tas University. Dirk also released a collection of short stories Striking Fire through Fablecroft, which was shortlisted for Best Collection and Best Horror Novella in the Aurealis Awards.