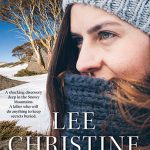 After human remains are found on Mount Sitwell in the Snowy Mountains by ski patroller Vanessa Bell, Detective Sergeant Pierce Ryder of the Sydney Homicide Squad is called to lead an investigation. During his time in the isolated village, Ryder discovers the bones belong to Celia Delaney, a woman who disappeared from the ski resort in 1964. When a second murder occurs, Ryder believes the deaths are related, and that the murderer may still be in the village …

This intriguing, page turning mystery will have you gripping the handle of your hot beverage of choice, if not spilling it entirely.

Winner of the Dorothy Hewett Award for an Unpublished Manuscript. 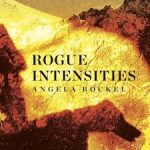 “Rockel breaks down the artificial divisions between science, art, creative production and history to forge an original perspective and a model of connection between the creative processes of nature, knowledge and writing” – Elizabeth McMahon.

Rogue Intensities is a fascinating and moving journal of Rockel’s life, spanning five turns of the solar year in rural Southern Tasmania.  Drawing on her thoughts and observations from a life deeply connected to place, each entry begins with Rockel’s experience in a particular terrain – observing its communities, wildlife, weather and turmoils. In doing so, she delves into the interconnections between humanity and nature, art, science and history, all while reflecting upon the timeless question, how are we to live? 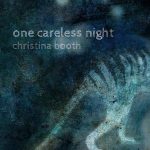 A heartbreaking, beautifully told story about the last Tasmanian Thylacine, which died in captivity after the zookeeper failed to return the animals to their shelters during a particularly cold night. This is a hugely important book, and one that will hopefully encourage all who read it to fight against the devastating extinction crisis, and protect our stunning wilderness and all of the creatures within who call it home.

Tasmanian Classic: The Commons: A Year of Growing, Cooking and Eating on Fat Pig Farm by Mathew Evans. 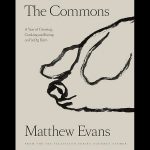 Mathew Evans, Tasmania’s Gourmet Farmer, shares his journey from chef and food critic in Sydney to country Tasmania, where he established Fat Pig Farm, a small patch pf paradise where he and his wife Sadie are inspiring others to embark on a simpler, more ethical life, and become conscious of where their food comes from. The Commons contains more than one hundred recipes, as well as diary-like entries on life at Fat Pig Farm.