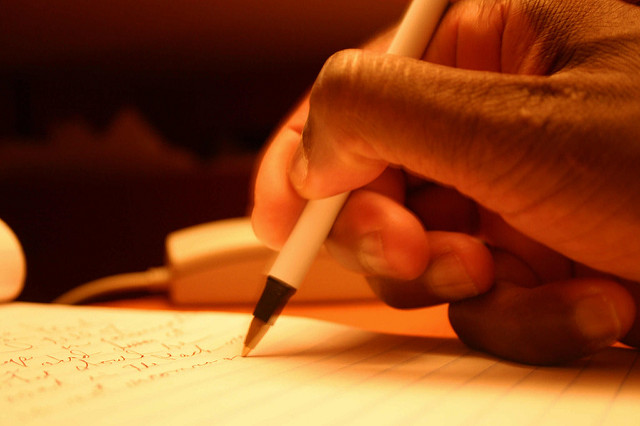 If you would like to enter your writing into a major literary prize or award, browse this list to find one suitable to your work. This collection of competitive opportunities is compiled by our intern Arianne James and former intern Sheridan Legg. The following submission details are accurate as at August 2016.

Enter a poem of no more than 60 lines. Poems must be original, unpublished and must not have won a monetary prize in any other competition. First prize is $150 and second prize is $50. More information about FAW (TAS) competitions can be found at fawtas.org.au/competitions/.

Entries close in August for this award. The 2016 Walkley Book Award will acknowledge the work produced by an Australian journalist or writer, published in the year from  1 September 2015 to 31 August 2016.

Island Magazine and The Hobart Bookshop are presenting this poetry prize for the 21st year, and the first prize includes $2000, publication in Island, and subscriptions to a range of Australian publications. Submit a single poem or suite of up to 80 lines by 2 September. $20 per entry for non-Island subscribers, $10 per entry for subscribers.

Mentorees will have the opportunity to develop their manuscripts to a publishable standard by working with their mentor for 25 hours over one year. Up to five highly commended applicants will receive a two-hour phone consultation as well as admission to up to two ASA Professional Development programs. Entries open 3 October 2016 and close 31 October 2016.

The Scribe Nonfiction Prize is a developmental award for writers aged 30 and under working on longform pieces or their first nonfiction book. Entries are between 5,000 and 10,000 words.

The Finch Memoir Prize is an annual publication prize for an unpublished memoir of between 40,000 and 80,000 words. The $10,000 prize money, payable on publication, includes a component of $5000, which is an advance against royalties from sales of the resulting book. The winner is chosen by an independent panel of three judges who are not connected with the publisher. The award was founded in 2010 by Finch Publishing director Rex Finch with the aim of encouraging Australian writers, published and unpublished, to commit to paper their life stories and thus add to the body of Australian creative non-fiction. Information about the 2017 competition will be updated on this webpage.

Full information on the following awards can be found at www.sl.nsw.gov.au/about-library-awards/nsw-premiers-literary-awards.

The main suite of the awards consists of five annual categories: Fiction, Non Fiction, Drama, Poetry, and Writing for Young Adults, each with a prize of $25,000. The winners of each of these five award categories will also be in the running for the major prize, the 2016 Victorian Prize for Literature, for which the winner receives an additional $100,000. This is the single most valuable literary award in the country.

Eligible books will be those first published in English between 1 January 2016 and 31 December 2016, and made available to Australian readers between these dates. Nomination forms and copies of the nominated titles must be received by the Wheeler Centre by 5.30pm, 3 October 2016.

Five award categories are selected annually. They are:

The Text Prize for Young Adult and Children’s Writing

This $10,000 prize aims to discover incredible new books for young adults and children by Australian and New Zealand writers. Awarded annually to the best manuscript written for young readers, the prize has unearthed extraordinary, multi-award-winning books and launched international publishing careers. Published and unpublished writers of all ages are eligible to enter with works of fiction or non-fiction. Submissions open 3 January and close 3 February.

The Fellowship of Australian Writers (Tasmania) has an award for an original, unpublished short story suitable for children aged 8-12 years. There is an entry fee of $5 and all entrants need to be FAW-Tasmania members. 2017 entries close on 31 March. First prize is $100 and the winner’s name will be inscribed on a plaque in the State Library Launceston Branch. Additionally, the Hobart Book Shop provides a voucher for the best Tasmanian entry.

Queensland Writers Centre and Hachette Australia run a national program for fiction and non-fiction writers, in which emerging Australian writers can work with editors from Hachette Australia to develop high-quality manuscripts. Applications open in April, and the four-day program runs later in the year. Participants will have an individual consultation with editors from Hachette Australia to receive feedback on their manuscript. During the four days, participants will also meet other publishing industry professionals such as literary agents, booksellers and established authors, and work on their manuscripts. The 2016 program will run 4– 7 November.

The NSW Premier’s History Awards recognise achievement and research in Australian history by Australian citizens and permanent residents. All works nominated for these awards must be published, broadcast, screened or made publicly available between April of the previous year, and March of the current competition year. Entries close early April.

The Australian Book Review has an annual short-story competition for a single-authored short story of between 2,000 and 5,000 words written in English. This is one of Australia’s leading prizes for an original short story, honouring the work of the great Australian writer Elizabeth Jolley (1923–2007). There is a first prize of $7,000 and supplementary prizes of $2,000 and $1,000.

The Prime Minister’s Literary Awards recognise and reward excellence in Australian literature. They are awarded annually to a work published in the categories of fiction, poetry, non-fiction, Australian history, young adult fiction, and children’s fiction. The winner of each award category receives a prize of $80,000 tax free and each shortlisted title receives $5,000 tax free. Authors, publishers and literary agents are eligible to enter works, first published in the calendar year prior to the awards.

The Australian/Vogel’s Literary Award is one of Australia’s richest and the most prestigious award for an unpublished manuscript by a writer under the age of 35. Offering publication by Allen & Unwin, with an advance against royalties plus prize money totalling $20,000, The Australian/Vogel’s Literary Award has launched the careers of some of Australia’s most successful writers, including Tim Winton, Kate Grenville, Gillian Mears, Brian Castro, Mandy Sayer and Andrew McGahan.

Open to all writers resident in Australia, this Fellowship of Australian Writers (Tasmania) competition has an open theme for short stories no longer than 2,500 words. Stories must be original, unpublished and must not have won a monetary prize in any other competition. Entry fee of $5; entries close on June 30, 2017. First prize is $400 and second prize is $100.

The $200,000 Griffin Poetry Prize is for book-length collections. Entries must come from publishers only

More than $950 in cash and book prizes, with publication for the best entries. Enter a short story of 1500 words or less exploring some aspect of Australian history.