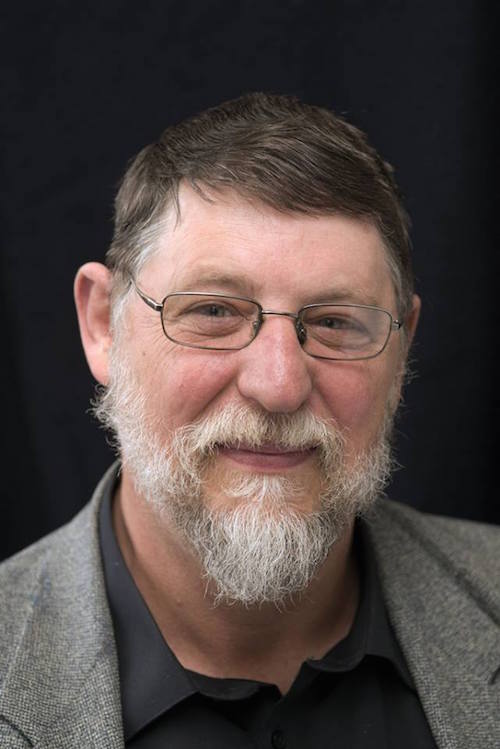 Arianne recently chatted with Tasmanian fantasy author Cary Lenehan about his new book Clearing the Web, the third book in his Warriors of Vhast series, his writing process and what inspires him.

Have you always wanted to be a writer?

I suppose that I dreamt of it a long time ago when, at school, I tried to write short stories, as many kids do. My first success was writing my final year school revue with songs (set to popular tunes) and skit comedy.

Generally? A chap called Norbert Elias who wrote a book in 1939 that was controversial and rejected by his contemporaries, but he kept with his opinions and research. It took him until he was 87 before he had a permanent lecturer’s position and his book (The Civilising Process) is now considered mainstream and the basis of much sociological thought.

As a writer? Probably Henry Rider Haggard. Acknowledging the defects inherent in the colonialism of his time, he is usually regarded as the father of modern fantasy. He wrote around 60 books and inspired writers from Tolkien to the creators of Indiana Jones. His main series (involving Ayesha and Alan Quatermain) spans centuries and continents. After all, who hasn’t heard of ‘King Solomon’s Mines’ or ‘She Who Must Be Obeyed?

Tell me about your latest book. What is it about?

Clearing the Web is the third book of my main series of stories. It is a continuing story involving a diverse (and growing) cast of characters. In the series, as well as the usual adventures, swordplay, magic, and this time a dragon, I explore notions of good and evil, inclusion and exclusion, gender diversity and disability.

Fantasy and science fiction have always been a great vehicle to explore these issues. We take people away from their mundane world and present them with a reality which contains challenging issues and concepts that can be drawn from the mundane, but explored in an invented culture. The stories of Frankenstein, 1984, Brave New World and Animal Farm have let us look at our society from outside. Tolkien and C S Lewis offer us fantastic worlds and invite us to look at what makes a person good or bad.

Do you have a favourite character in the series?

That depends on when you ask me. Unlike the short stories, in the books I try and build an ensemble cast. Each of the main characters is important in their own way and their co-operation and ability to work together is the key to their success.

One who is almost invisible in one book may be key in another. For instance, without giving too much away, up to now a character called Stefan has been a background person. In this book he is vital and through him we can look at what heroism means and what drives people to do extraordinary things.

Do you have the other books in this series planned out?

There are eight books in the series and only one is to be finished. The rest are written and my publisher is lined up to bring them out yearly. As well the short stories are set in the same world, but do not always intersect the main story, providing context, side-stories, background and sub-plots. Thirty of those have come out so far through Patreon.

You must see the world you have created very clearly. When you’re writing do you get lost in the story and feel as if you are there, walking with the characters?

My stories are very character-driven. I create the characters in great detail before I begin writing them. I will often only have a fragmentary idea of where I want a story to go. I allow the characters to take their own path and trust my world-building to give them the platform to reveal a tale.

Using this I have written stories, all set within the fantasy genre, but some are straight adventure, some are crime, romance, or even horror. I enjoy seeing where my characters will lead me each time I sit down. The short story format allows me to explore many different styles and I have around 60 of those done to at least first draft level.

I have created characters based on a picture I have seen, on a first line, or even as random rolls. I have yet to be disappointed with a boring character that has no story. We all have stories to tell, and that is exactly what my characters do. I also do the recipes of my world and draw the plants and make many, many maps. We even have developed a tarot for it.

Do you ever set yourself word goals?

Always. You cannot become a writer without being strict with yourself. I try and write 1,000 words a day or at least 10,000 for a week. I lock myself away for a day, put on music and ignore social media for two or more days each week to do this. I even carry pen and paper and write while giving blood (typing it up later).

Can you take me through your editing process? How many drafts do you normally do before you consider a book finished?

My first book, Intimations of Evil took over 30, but now that I have a better idea of what I am doing I do less. As soon as ‘Clearing the Web’ is out, I will be doing a rewrite of Scouring the Land, the fourth book, with a view to having it re-written at least twice before it goes to my published in late July next year. I will have re-written it 15 times since the first draft.

Do you use an editor?

My publisher would have it no other way. She is in Florida. I also have a local beta reader, who possibly knows my characters better than I do and I listen to her comments and criticisms with great respect. If she does not fully understand a scene or even a paragraph – that is an instant re-write there.

What is your preferred time of day to write?

On Tuesdays (my main writing day) I will start at 9am and often go through, with meal and coffee breaks until midnight. I choose a genre for my music and let it play on random all of that time. Otherwise, I write when I have the time set aside. Thursday, for instance, it is usually the mid afternoon for a couple of hours. I spend well over fifty hours either on writing or on world-building each week.

Who are some of your favourite authors?

Rider Haggard and Tolkien, obviously, but also Jane Austen, Leslie Charteris, Arthur Upfield, Thomas Keneally, Asimov, Marianne de Pierres, and J Michael Straczynski (the writer of Babylon 5). Here in Tasmania we have many great genre writers like Tansy Rayner Roberts and Dirk Flinthart. We have a house with over 5,000 books in it. I have read all of the fiction (and a lot of the non-fiction).

I really love all the Russian authors. I started on Tolstoy when I was 11. I had gone up to Solzhenitsyn before I left high school. My current favourite is the urban fantasy writer Sergey Lukanenko. His take on the paranormal is superb and exciting.

What are three pieces of advice you would offer to aspiring authors?

The Tasmanian Writers Centre thanks Cary for taking the time to answer our questions.