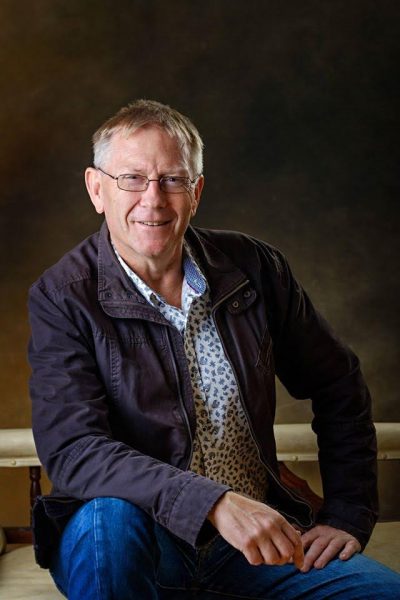 BLAIR DENHOLM is a writer and translator who has lived and worked in New York, Moscow, Munich, Abu Dhabi and Australia. His debut crime novel, SOLD (published by Clan Destine Press), is the first in an Aussie comic-noir trilogy, featuring the hapless and incorrigible anti-hero, Gary Braswell.

Blair speaks fluent Russian and smatterings of other languages with varying degrees of success. He interpreted for the Reagan-Gorbachev summit in Moscow and translated for the Sochi Winter Olympics Organising Committee. He once voted in a foreign election despite having no eligibility to do so, was almost lost at sea on a Russian fishing boat sailing across the Tasman Sea, and was detained by military forces in the Middle East. Blair has also self-published a kids’ book, Escape from Passing Winds.

Blair is a keen traveller and a fan of hard core punk rock, AFL and rugby league football. He currently resides in Tasmania with his partner Sandra and two crazy canines.